Leonteq AG announced that the Board of Directors has appointed Alessandro Ricci as Head Investment Solutions and Member of the Executive Committee. He is succeeding David Schmid, who will leave Leonteq after 12 years with the company. 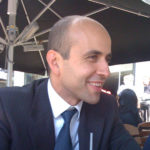 Alessandro Ricci (1974), currently Leonteq’s Deputy Head Investment Solutions and Head Switzerland & EMEA, has been appointed Head Investment Solutions and new Member of the Executive Committee effective 1 January 2021 at the latest and subject to regulatory approval. He re-joined Leonteq in June 2020 after an earlier stint at the firm in 2016/2017 as Head Sales EMEA.

From 2017 to 2020, Alessandro Ricci was Co-Head Derivatives & Head of Structured Products at Exane, and worked in various senior management positions in the Structured Products division of Nomura International from 2008 to 2016. He was at Lehman Brothers in Equity Derivatives Sales and Structuring from 2004 to 2008 and worked as a Business Analyst at McKinsey from 2000 to 2002. Alessandro Ricci is an Italian and British national. 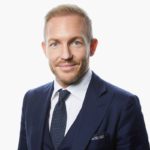 David Schmid joined Leonteq in 2008 and was appointed to Leonteq’s Executive Committee in 2016, where he was responsible for the issuance and distribution of structured products across Switzerland, Europe and Asia.